By Michael Seifert (This essay was originally published on October 23rd, 2017.)

In What Do I Dare Trust: My School, My Doctor, My Park? 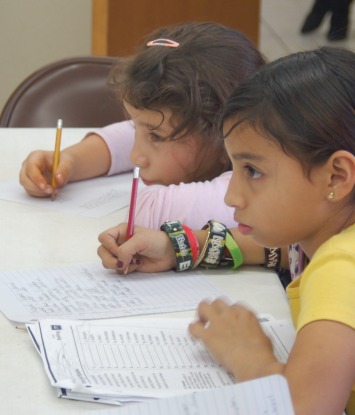 The six grade girl in a school near McAllen, Texas, is bright, brave, and, of course, attentive.

The girl returned home after classes one day to report to her mother that her teacher had begun the day telling the class that “Homeland Security had authorized” the teacher to collect additional data about her pupils. The teacher then gave each student a sheet of paper that, amongst other things, asked for the immigration status of the members of the child’s family.

The girl’s mother is an active participant in a local community-based organization that focuses upon education issues. She, like her daughter, is bright, brave, and attentive, and, now, outraged. The mother complained to her friends at the community organization, who in turn, called the superintendent of the school district.

The report of the teacher’s actions alarmed the superintendent, who had gone out of his way to assure his school community that all students in his schools would be protected from the ramped up persecution of immigrant families. The superintendent called the school’s principal, only to discover that it was the principal who had authorized the collection of data. A new hire, the principal had come across a stack of documents, reportedly from Homeland Security, asking for this information.

The school superintendent nixed that notion, and the data collection process ended, although not without calling into question the school’s loyalty to its families.

Along the border, families increasingly worry about whether they can trust their schools.

Carlos is a young undocumented Mexican national who had been living for a couple of years in Brownsville. He is a good fellow, well-connected to his family, loved by his friends.

Carlos had slipped off of a ladder while on a construction job. He suffered a compound fracture to his ankle. In the emergency room, the attending physician told him that the injury was so bad that Carlos would need to go to San Antonio to get the medical attention that he needed. He was told that he would be transported there by ambulance.

As the ambulance staff readied him for transport, Carlos, knowing that to get to San Antonio that they would have to pass through a border patrol checkpoint, told the staff that he was undocumented. “Don’t worry,” said one of the attendants, “we got that covered.”

Carlos’ sister was going to go with him, but she had second thoughts, as she too is undocumented, so she called an aunt, a well-documented American citizen, who agreed to go with Carlos to San Antonio.

The aunt rode up front in the ambulance, next to the driver. When they reached the check point, the driver shocked her when he told the border patrol agent, “Hey, we’ve got an illegal in the back.”

The border patrol agents cuffed Carlos, followed him to the hospital, sat outside the surgical ward during the procedure, and, after he was released, put him into deportation proceedings.

“Wow. So now medical facilities work for immigration? What ever happened to that oath thing that they take?” said the aunt, upon reflection.

When told that ambulance drivers don’t take the Hippocratic Oath, she replied, sarcastically, “Well, that is a relief. I feel much better now.”

This sort of thing (hospital transportation teams turning people into immigration authorities) is not new, but remains deeply disturbing. A well-publicized incident involving an infant in need of surgery, as well as a recent story about a pregnant Honduran refugee being denied access to care, have refocused a national discussion about the immigration enforcement actions invading the sacred space between people in need of medical care—and those who provide that care.

In February, Debbie Nathan, a grizzeld investigative reporter for the ACLU of Texas, wrote a piece about an over-the-top action involving troopers from the Texas Department of Public Safety, and Border Patrol agents. The short version of the story is that a local family went to enjoy the opening game of a baseball park that had just been inaugurated. The park was so new that restroom facilities weren’t up and running yet, so when the mom heard the inevitable complaint of the six year old (“I need to pee!”), she took the boy just outside the park into the privacy of some trees and bushes.

Apparently the kid’s urinary actions set off some sort of surveillance device, which alerted mission headquarters in Austin, who in turn ordered state troopers to the site of the incident.

The ballgame was interrupted when several agents, both state troopers and border patrol, pulled up in their cars, went into the stands and surrounded the mother and her children, and arrested the mother.

After furious public outrage, especially by the mayor of the town, whose happy community event was ruined by a military response to a boy peeing, the mother was not deported, but released with a veiled threat of “we’ll let your child finish school in May.”

The home team, however, was crippled by the action, as several of the players were unwilling to risk the racial profiling of state troopers and border patrol agents.

The umpire’s happy cry of “safe!” has taken on another meaning in that ballpark, as well as in the lives of those that gathered for that game.

As Nathan notes in her article, perhaps this enforcement action is a sign of more to come, an ironic disruption to community peace in the name of national security.

Michael Seifert is the former Network Weaver for the Rio Grande Valley Equal Voice Network, a coalition of eight community-based organizations serving more than 100,000 residents on the Texas/Mexico/Gulf Coast border.

A resident of Brownsville, Texas, Mr. Seifert has worked for 25 years on issues challenging the communities of both sides of the southeast Texas border. He can be found on Twitter at @jmikeseifert.

This essay was originally published on Mr. Seifert’s blog, Views from Alongside a Border.